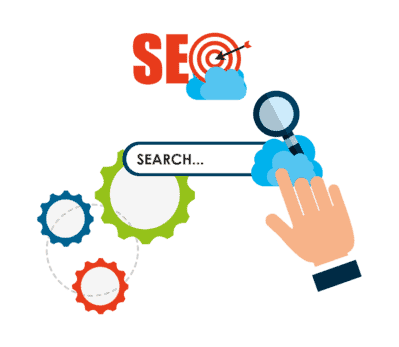 Find the best words for your content and make it easier for Google to understand your article.

When you optimize your text content, you need to make sure it’s very targeted towards a certain keyword phrase. By doing this you can help Google determine exactly what the article is about and what it should rank for.

SimilarContent helps you find the best words and phrases for your articles. We show you what we predict Google will understand when we categorize an article with these words and phrases, taking into account Google’s understanding of text.

We’ve spent over 5 years refining our algorithm so it is optimized for understanding texts from a variety of sources including novels and alot of trials alike for different types of content across various language barriers.

SOUND LIKE A STRETCH? TAKE A LOOK AT THESE PROOFS BELOW.

They have the unique ability to swim in shallow water and coastal areas, especially in the continental shelves. Some of them thrive in the Amazon river

A ‘fish’ with a womb have two pectoral flippers, containing four digits, a boneless dorsal fin for stability, and a tail fin for propulsion

An aquatic creatures with a common-bottlenose that belong to the same family of mammals as whales. belongs to infraorder Cetacea species.

THERE ARE MANY WAYS TO DESCRIBE THE PANCAKE. LET’S SEE WHICH ONES GOOGLE UNDERSTANDS AND RANKS YOUR CONTENT.

What is a pancake?

Prepared from dry ingredients mixed into a large bowl, In another bowl, you whisk the egg, milk, butter, and flavoring till they completely blended.

Simple flat bread preparation, which is usually made with sweet batter, cooked until golden brown and served with different syrups and toppings.

Thin and round, prepared from a starch-based batter that may contain eggs, milk and butter and cooked on a hot surface such as a griddle or frying pan, often frying with oil or butter.

THERE ARE MANY WORDS AND TOPIC IDEAS TO WRITE AN ARTICLE ABOUT WHO IS “BARAK OBAMA.” WHICH WORDS THAT DESCRIBE OBAMA WILL GOOGLE UNDERSTAND, AND WHICH WORDS WOULD IT RANK YOUR CONTENT? HERE’S A LOOK:

Who is Barak Obama?

The first African American president that received the largest share of the popular vote won by a Democrat since Lyndon B. Johnson in 1964.

The African American president’s achievements in office have made him one of the most transformative presidents of the past hundred years. He provided more Americans with access to affordable health insurance.

Is an American attorney and politician who served as the 44th president of the United States from 2009 to 2017. A member of the Democratic Party, he was the first African American to be elected to the presidency. He previously served as a U.S. senator from Illinois from 2005 to 2008 and as an Illinois state senator from 1997 to 2004.

We help you pick the best keyword phrases for your articles based on Google’s understanding of text.

We will help you make sure your articles have the best possible chance in ranking on Google and other search engines.